The benefits of medical cannabis 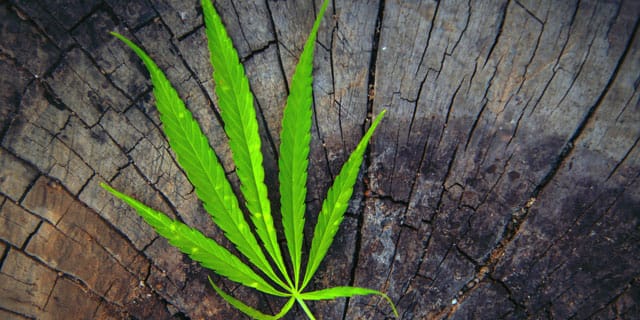 With the passing of the Cannabis Act (C-45) earlier this year, Canada now joins Uruguay as only the second country in the world to allow its citizens to use recreational cannabis. For the activists who have been pushing for this change, this has been a long time in the making, and comes at a time when Canadian society has become more accepting of cannabis. This is largely due to the emerging evidence relating to health benefits that cannabis can offer.

A brief history of cannabis in Canada

You might think that Canada’s history with cannabis dates back to the “flower power” generation of the late 1960s, when the baby boomers were coming of age. While the use of recreational marijuana most certainly increased during this time, the reality is that cannabis was first added to the list of restricted drugs in Canada way back in 1923, under the Narcotics Drug Act Amendment Bill.

Canada’s ban on cannabis was reaffirmed by various governments since then. But in 2001, in response to several high-profile court challenges, Health Canada officially defined two categories of patients who would be eligible for medical marijuana. The new regulation made it legal for physicians to prescribe cannabis to certain patients, and those approved for cannabis were provided with a card verifying that they had a medical exemption. But one oversight in this process was that, initially at least, there were no avenues through which approved patients could legally obtain cannabis.

Approved suppliers were eventually established, making it possible for patients with a valid medical exemption to order cannabis directly from government-approved suppliers. However, with the limited number of producers available, patients were still having difficulty receiving their orders. As a result, several additional court cases, citing the Canadian Charter of Rights and Freedoms, sought to overturn the ban on the cultivation of marijuana plants. The successful appeal paved the way for approved patients to grow a limited number of plants for their personal use.

While advocates have long argued the case for medial marijuana, few scientific studies exist to precisely determine the medical benefits for specific uses. However, there is mounting evidence that for some individuals, cannabis can provide positive results. Some of these areas include:

Chronic pain -  Those struggling with chronic pain, including arthritis, have reported considerable relief when adding cannabis to their pain management regimen. The use of cannabis in traditional Eastern medicine can be traced back nearly 5,000 years, while it first appeared in Western medicine in the mid-1800s.

Parkinson’s Disease -  Parkinson’s Canada notes on its website that there are currently no studies available to verify that cannabis is an effective treatment for Parkinson’s Disease. Nevertheless, there is significant anecdotal evidence from Parkinson’s patients, suggesting that cannabis can help manage the pain and tremors associated with this disease. As a result, Health Canada has approved Parkinson’s as one of the medical conditions for which patients can apply for a medical exemption.

Side effects of chemotherapy -  The Canadian Cancer Society notes that for some people, cannabis and drugs containing cannabinoids may help patients relax and cope with the side effects of chemotherapy treatment. In fact, Nabilone (a pill containing synthetic cannabinoids) is commonly prescribed to patients to help reduce nausea associated with chemotherapy. Loss of appetite and weight loss are also common side effects, and some patients report that using cannabis can help increase their appetite. While specific research has yet to conclusively establish the effectiveness of cannabis for cancer patients, feedback from chemotherapy patients looks promising.

Post-Traumatic Stress Disorder -  A growing number of veterans who served as part of Canada’s mission in Afghanistan are reporting symptoms of Post-Trauma Stress Disorder (PTSD). First responders, who often witness terrible carnage at accident scenes and other tragedies, are also susceptible to the ravages of PTSD. Effectively treating PTSD has proven to be a challenge, and consists largely of traditional anti-depression medications, together with additional group therapy. In a paper presented at the Canadian Public Health Association annual conference earlier this year, the use of cannabis was discussed in length. For some physicians specializing in the treatment of PTSD, cannabis has proven helpful for certain patients. As noted by Fredericton, NB physician Paul Smith, while cannabis cannot eradicate the symptoms of PTSD, it has shown that it can provide a “significant stabilizing therapy to allow other therapies to then take place, and allow a much better quality of life for the patient".