Older workers and the gig economy 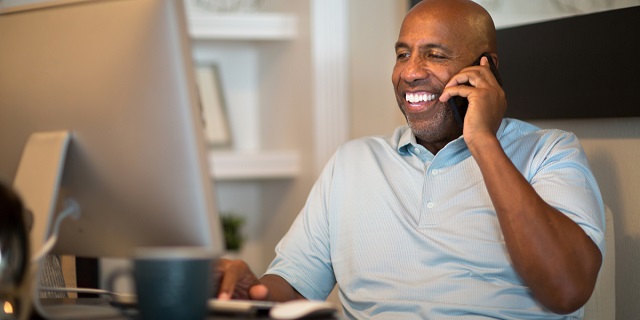 Have you heard of the gig economy? If not, it’s just a fancy term to describe people who work part-time jobs or freelance full-time. This isn’t new as part-time jobs have existed practically forever. Still, it’s gained a lot of traction as of late since technology has made the gig economy accessible to anyone.

According to a recent survey by the Angus Reid Institute, roughly 40% of Canadian millennial-aged workers have participated in the gig economy at some point in the past five years. That shouldn’t be too surprising since many young Canadians start off with a part-time job until they land something full-time.

What may surprise you is that this gig-economy trend isn’t just for younger Canadians. Many retirees have started to take on gig work as a way to supplement their retirement income. These workers also turn to gig work to help maintain a more active lifestyle and as a way to socialize and meet new people.

If you’re thinking about getting into the gig economy, here are a few things to consider.

Finding a gig that makes sense

Consider the skills you’ve acquired or think about ways to turn something you love to do into some form of “side” gig. If you were a graphic designer or an accountant during your corporate years, it wouldn’t be too hard to advertise your services on a site such as Upwork.

You don’t even need formal skills to join the gig economy. Just about anyone can become an Uber/Lyft driver, or if you love pets, you could become a sitter on Rover.

Side gigs don’t have to be related directly to online platforms. Getting a part-time retail job, for instance, could be a great way to keep active while bringing in some income.

How to keep track of your income

Although some online gigs will provide you with income reports, you likely won’t get a tax slip (T4 or T4A). It’s a good habit to track all of your income, so you have detailed records for your taxes filing. Tracking your income is simple because all you really need to do is log everything you make in Excel or Google Sheets.

You should also keep track of your expenses as in most cases, you can claim many expenses if you’re a freelancer. Things such as your cell phone bill, office supplies and advertising can be claimed as business expenses. Be sure to check out the Government of Canada’s website to see what business expenses you can deduct and speak with a tax specialist if you have any questions.

Any money you make from a side gig must be included as part of your taxable income. This might not matter to some people, but if you are receiving certain government benefits such as the Old Age Security (OAS) benefit, the additional income could result in a clawing back of your OAS payment through what is known as the OAS Pension Recovery Tax. Earning extra income could also potentially bump you into a higher tax bracket.

That’s not to say that you shouldn’t get a side gig, but you should be mindful of any tax implications. It might be a good idea to speak with an accountant so they can advise you on how this extra income will affect your taxes. While you’re talking to them, you can also ask about ways to help minimize the taxes you pay.

What to do with the money you’ve earned

It’s your money and you can do whatever you want with it. That being said, be practical with it. If you have any outstanding debt, it would be a good idea to pay it down with this extra income.

If you’re fortunate and do not to have any substantial debt, then I advise spending it on anything that makes you happy. That could be on travel, restaurants, or even your grandchildren’s education.

You’ve worked hard your entire life. Hopefully, a side gig is just something to keep you busy, so don’t obsess about working too much or saving every dollar you earn. Enjoy your retirement.