How inflation affects you 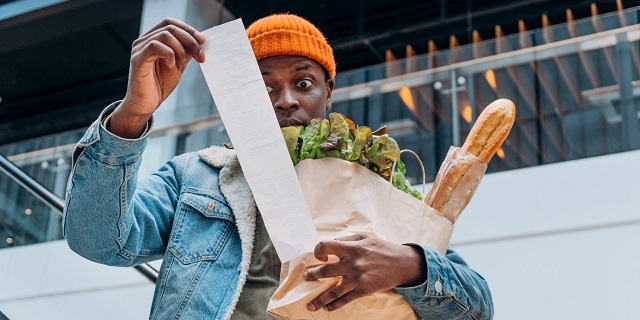 Have you noticed that the cost of goods has gone up in price recently? From groceries to new vehicles, it seems like everything costs more. This is known as inflation. It’s a natural occurrence, but you can feel it in your budget when your income doesn’t increase at a similar rate.

Since inflation can affect anything, you might be forced to make smarter purchasing decisions. For example, it’s widely known that the cost of meat has gone up quite a bit in the last year. So, if you’re on a fixed budget, you might have to purchase low-cost proteins, such as beans, as a replacement. While this isn’t an ideal solution, it might be your only choice if you’re trying to keep your expenses down.

There’s no denying that a spike in prices will cause a lot of consumer distress. That’s why the Bank of Canada tries to keep inflation around 2%. However, sometimes there are factors at play that they you have no control over, which is why consumers need to adapt as best they can.

Most people will understand inflation when it relates to goods or services they purchase on a regular basis. For example, it’s easy to see how gas prices have risen if you’re filling up every week. Alternatively, certain products at the grocery store may cost more now than they did a year ago.

To give you a better overall view of how inflation affects society, the Canadian government uses the Consumer Price Index (CPI). The CPI tracks a virtual shopping basket with about 700 goods and services that Canadians typically buy. Every month, these items are added up. It’s then compared to previous months to see if there are any changes.

Although it’s not a perfect measure, it is a good representation of how inflation works. With this information, the government and employers can make cost-of-living adjustments in wages. But, unfortunately, pay increases don’t always match the rate of inflation, so you could actually be losing money some years.

When prices go up, you have less purchasing power. Generally speaking, if consumers are losing money, they’re unlikely to spend more. As a result, there’s a lack of economic growth. That’s why having sustained inflation can be a good thing. The bank of Canada uses monetary policy, such as increasing or decreasing interest rates, to help maintain their targeted inflation rate.

There are many ways inflation occurs, but they’re not always obvious. Demand-pull inflation occurs when people have more access to money or credit, so they’re willing to spend more. For example, many people will max out the total mortgage they’re approved for.

There’s also the cost-push effect where inflation rises due to the increases in wages or raw materials. For example, during the pandemic, there were many supply chain issues. The cost to ship or store cargo increased significantly. As a result, retailers increased prices to make up for their costs.

Finally, there’s built-in inflation. As the name implies, the price increase is built-in as people expect the price of goods and services to rise. Usually, consumers expect their wages to increase at a similar rate, so there’s no loss to their purchasing power.

How inflation affects you

While having steady inflation is good for economic growth, it could make saving much more difficult. This could significantly impact you in the long term. On the other hand, people who are already invested might prefer high inflation as their investments might have higher returns.

There’s also the possibility of deflation. That’s when there’s a persistent decline in prices. This isn’t normal, so it’s actually good when it’s not happening. If deflation was a regular occurrence, it would likely signal that something is wrong with the economy. Deflation doesn’t just mean lower prices; it also could lead to lower wages.

Inflation will always be a concern for Canadians, but there’s only so much you can do about it.