Financial mistakes I’m glad I made 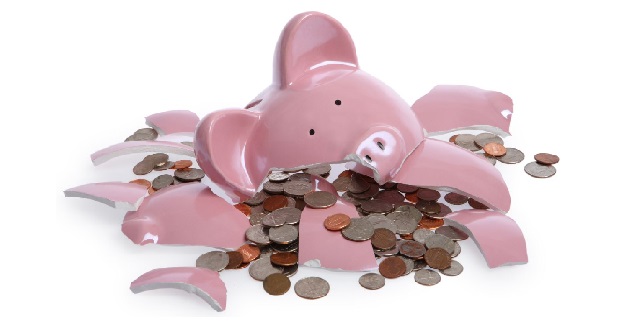 Although my parents taught me about money management from a young age, I still managed to make quite a few financial mistakes over the years. None of these mistakes were overly serious and I’m actually happy I made these mistakes.

Many of these decisions were made because I was uninformed (or misinformed), and once I realized the truth, I was able to take action which saved me money in the long run. Here are the financial mistakes that I’m happy I made.

I blindly trusted my financial advisor

As soon as I got a job, I invested in mutual funds at my local bank. This seemed like a good idea since I was saving for the future. The rep at the bank was nice and selected a balanced fund. I had no idea what “balanced” meant, but the person across the desk from me worked for a bank so surely it was the right fit for me, right? Yes and no.

There was nothing wrong with the mutual fund, but it probably wasn’t the best choice considering I was 18 and had more than 40 years to grow my money. Taking a slightly more aggressive approach would have likely been a better strategy.

With that in mind, I switched to an investment firm. The advisor there was a former co-worker of mine and he insisted that he would give my account his full attention and not charge me any fees. I signed up right away.

A few years later, I found out the funds he had me invested in charged a high management expense ratio (MER) and had a deferred sales charge that was as high as 6%. If I had decided to withdraw my funds it would have cost me a few thousand dollars which was a huge amount considering I was in my mid-20’s.

After doing the math, I realized it was cheaper to pay the fee and move on with funds that had a lower MER. Before I did the withdrawal, I spoke to my advisor’s manager and provided evidence that my best interests weren’t being taken care of. He agreed and waived the fees, so I was able to transfer my funds without paying any additional fees.

I never took the time to learn about personal finance

Since I always saved money and was already investing in my future, I figured that I was doing just fine. After blindly trusting my last two financial advisors, I quickly realized that I barely knew anything about personal finance.

I started to read every book about personal finance that I could find. At the time, it was The Wealthy Barber, Personal Finance for Canadians for Dummies and The Millionaire Next Door. These books opened my eyes and gave me a strong foundation. These days, the first book I recommend is Millionaire Teacher: The Nine Rules of Wealth You Should Have Learned in School.

As I read more and more about personal finance, I became comfortable managing my own investments. You don’t need to know everything about investing to get started but having some basic knowledge will help you understand how you can make your money work for you.

I didn’t join my employee pension plan right away

Without a doubt, the biggest financial mistake I ever made was not joining my company’s defined benefit pension plan as soon as I could. Since I was already contributing monthly to my Registered Retirement Savings Plan (RRSP), I assumed I didn’t need to join the company plan. My employer didn’t explain to me that a defined benefit pension is practically guaranteed money.

A few years later, a co-worker was casually talking to me about workplace benefits and he went into details about the pension. I was able to ask him a bunch of questions and it was clear that it was in my best interest to join the pension plan since it would give me predictable income when I retired. I signed up for my pension the next day.

One day, I was looking at my pension statement and realized that I didn’t officially join until I had been with the company for 7 years. Had I joined from the start the value of my pension would have been worth about $70,000 more. I try not to think about it, but it’s not exactly something I’m going to forget.

I bought a home I couldn’t afford

When my wife and I got engaged, we decided to buy a home. The thing is, the condo was listed at $500,000 and we signed anyways. Half a million dollars feels like a steal these days in parts of Canada, but at the time, it was an insane amount. We basically took the maximum mortgage we could get just to afford the home.

Although I was excited about the purchase, the next few days were stressful. Just thinking about the monthly payments and how we would maintain our lifestyle was enough to keep me up at night. If the deal closed, we’d basically have no savings. I wasn’t even sure how we’d buy furniture.

After a heart to heart talk with my fiancé, we decided this was not a smart decision. Since it was a new build condo, we were able to cancel the contract within 10 days. Yes, the value of that condo would be quite high now, but we weren’t ready to own that kind of home back then so we’re lucky we were able to get out.

None of the above money mistakes broke me financially. Heck, I’m lucky that all the mistakes probably made me richer in the end. If you can avoid the mistakes I made, you can save yourself some headaches and put more money into your wallet.