Why I want nothing to do with FIRE 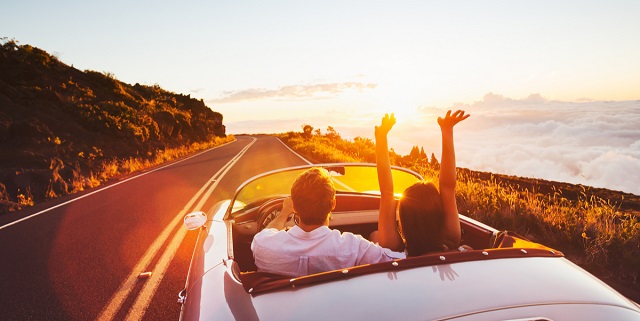 Have you heard of the FIRE movement? In case you’re unfamiliar with the term, FIRE stands for Financial Independence Retire Early. People who FIRE aren’t looking to retire five or ten years early, they’re looking to do it in their 30’s or 40’s. That’s quite the goal and requires some careful planning. If you can pull it off, it’s something to be proud of, and it’ll leave many people envious of your situation.

I’ll admit that when I first heard of FIRE, it appealed to me. The idea of quitting the workforce two to three decades before most people do was quite alluring. I could do whatever I wanted and travel wherever I wanted. Here’s the thing, the more I read about FIRE, the more I realized I want nothing to do with it. Here’s why FIRE isn’t for me and why it may be overhyped.

It requires a bit of luck

I’m going to generalize here, and anyone who wants to FIRE or who has already achieved FIRE will likely disagree with me, but FIRE requires luck. For example, a couple who graduates debt-free and both start their careers with six-digit salaries are clearly at an advantage. If that same couple decides to rent the cheapest apartment possible and invest their money, well, that’s something many people aren’t willing to do. What if during that investment period, it’s one of the biggest bull markets in history? It really wouldn’t be that hard to achieve a 7-figure portfolio.

The above scenario is a pretty extreme example, but sometimes it’s what’s required to FIRE. You don’t need to be in the exact same situation, but how many people do you know that graduate debt-free and earn a high income right away?

I’m not saying that you need a high income to achieve financial independence, I’m saying there’s no set formula to FIRE and if there was, it would be hard to follow.

It may require a lifestyle change

Keeping costs down is vital for people who FIRE. There are many places in Canada and the U.S. where the cost of living, including rent, is quite reasonable. This is the ideal situation for people who can find high paying jobs in these locations or who can work remotely.

That’s a rather precise set of circumstances, no? For many people, their job requires them to work in specific locations. Toronto and Vancouver are the largest cities in Canada, and many of the top-paying jobs are located there. Not everyone can pack up and move somewhere because it’s cheaper.

Some people who follow FIRE have also made the decision not to have children, to not own a home or to not take vacations. There’s nothing wrong with those lifestyle choices, but many people wouldn’t be willing to sacrifice these things in order to retire early. I enjoy traveling and I would never give that up as I value those experiences way too much.

It may be an illusion

Being successful at FIRE sometimes requires you to sell the illusion of how easy it is. You’ll notice a lot of people who FIRE have a blog detailing their journey. They talk about how they don’t need to work and are just enjoying life.

I run a blog, and I can tell you that it’s practically a full-time job. Some people who have achieved FIRE haven’t stopped working. They’ve simply changed careers and are now content writers or bloggers and they need to maintain a blog as it helps them generate income from ads or possibly book sales.

Some people who FIRE will also say it’s cheaper to live overseas as your accommodations will cost less than owning a home back in the country where they resided. While it’s true, you can comfortably live on $30,000 in Southeast Asia compared to Toronto for instance, but you still need that $30,000 a year. Most people need a job to generate that kind of yearly income.

Although it may sound like I disapprove of those who FIRE, I have a lot of respect for those who have achieved it. They’ve done something that I’ll never be able to accomplish. But, for most people, focusing on keeping their expenses down, spending less than they make, and saving for retirement is a more realistic strategy.

I have no intention of working until I’m 65. Initially, I wanted to retire 5 years early, but now I’m thinking I can quit work at 55. My wife, who has a similar money attitude as I do, hasn’t thought about a retirement date, but I imagine she’d like to leave the workforce early too.

Of course, anything can happen in life, so we’re making sure we enjoy it. We take annual vacations, and we try to spend as much time with our daughter as possible. We’re fortunate that we haven’t had to stress about money. If we retire early, great, but we’re no obsessing about it.