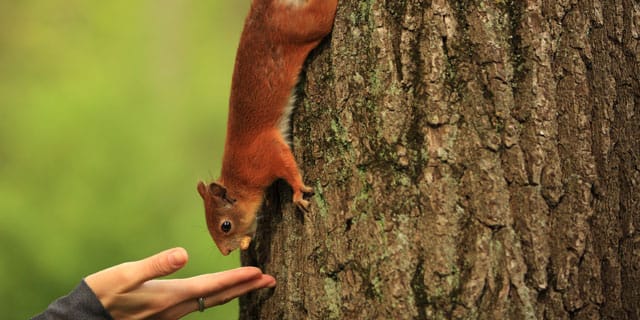 In discussing its recent decision to hold the benchmark lending rate steady at 0.5 percent, Bank of Canada Governor Stephen Poloz did not rule out the possibility of implementing a negative interest rate if the economy doesn't show increased strength in the coming months. While Canada has never adopted a negative interest rate before, the list of jurisdictions to embrace what is seen by some as a last ditch attempt to kick-start the economy has grown to include Japan, Sweden, Switzerland, Denmark and the European Union.

So, if the interest rate is set below zero, will banks suddenly start paying you to borrow their money? No, that’s unlikely to happen. But it may cause the banks to lower their own lending rates.

The idea is that by making it more expensive for the retail banks to stockpile their excess funds, they will lend or invest more of that money, thereby boosting the economy. In order to attract more of the public’s business, the banks may in turn lower the rate at which they lend to consumers.

What could negative interest rates mean for you?

If you're planning to borrow, you will likely never have a better opportunity to arrange a loan at comparable rates. Having said that, Canada has been experiencing very low interest rates for some time now, and Canadians have become accustomed to inexpensive credit so the impact may be negligible. For savers, however, the imposition of a negative lending rate by the Bank of Canada may force a change in strategy.

This is especially true for those currently retired or nearing retirement, who rely on the safety of short-term deposits and savings accounts to safeguard their funds in order to maximize the protection of their assets. While safety is assured with this approach, when returns fall below the rate of inflation, you're actually losing money as the future buying power of your savings declines over time.

To protect against this loss of buying power, savers may have to assume more risk in order to obtain a higher return. However, if this is not acceptable to you, you may have to do a little more work to identify suitable vehicles in which to hold your savings. If you need the ability to access your funds at any time without penalty, a High Interest Savings Account offers ultimate flexibility with a better return than is typically available from the “Big 5” banks.

If you’re able to commit your savings to a term deposit product, a Guaranteed Investment Certificate (GIC) will provide a better return than most straight savings accounts. Of course, to take advantage of the higher GIC rates, you would have to lock in for a longer term. But even shorter term GICs typically provide higher interest rates than a savings account.