How an extended absence impacts Canadian pensions and benefits 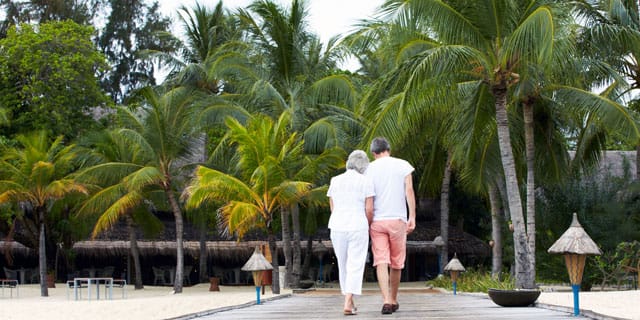 A couple of months back, we published a piece in the Oaken Blog outlining how the sharing of border information now makes it easier for U.S. and Canadian authorities to track how long travellers spend outside their home country. The article looked specifically at the implications for Canadians spending considerable time in the U.S., and how to avoid being reclassified as a U.S. resident so you wouldn't have to file a U.S. tax return.

This sharing of data was also touted by officials as providing the means to identify Canadians who no longer qualify for certain benefits because of their time away from Canada. Naturally, this set off a bit of a firestorm. Some even saw this as a move by the government to target seniors who avoid cold Canadian winters by heading south each year.

We’ll use this blog posting to clear up some of this confusion as, for the most part, most travellers (including snowbirds) have little reason to worry about losing their pension benefits.

Government pensions safe from claw back

Canadians contribute directly to either a CPP or a QPP plan during their working years, making this an earned pension. These benefits belong to you, and will continue to be paid even if you no longer live or pay taxes in Canada. In fact, the Service Canada website actually provides instructions on how to have your benefits sent to you when staying or living outside the country. Old Age Security (OAS) will also continue to be paid to those seniors that qualify, even if they leave Canada.

Two benefits specifically intended for low income seniors that are subject to Canadian residency include the Guaranteed Income Supplement (GIS), and the Spousal Allowance. Both programs are subject to cancellation after 6 months away from Canada. Other benefits, including Employment Insurance and the Child Tax Benefit, also have limitations regarding the amount of time you can be out of the country.

It's important to note that the residency requirement for these specific benefits does not represent a change in the delivery of these benefits. It will simply be easier now for authorities to track the movements of travellers, and impose the existing rules.

While you don’t need to worry about losing your pension benefits after being out of Canada for an extended time, there definitely is the potential to lose – or at least have suspended – your healthcare benefits. Healthcare is a provincial responsibility, so the rules do change slightly by province. For instance, in British Columbia you may not be absent from the province for more than 6 months to keep your healthcare eligibility, while in Ontario you must reside in the province for 153 days each year (just over 5 months) to maintain coverage.

The good news is that once lost, healthcare benefits can be reacquired after returning to your home province. The wait time for full reinstatement does depend on the province, but a 3-month waiting period is common. If you know you'll be away from your home province long enough to lose your benefits, you might consider arranging for private coverage to carry you over in the meantime.

If you have any questions or concerns regarding the status of your health benefits while abroad, check with your provincial authority for more information.