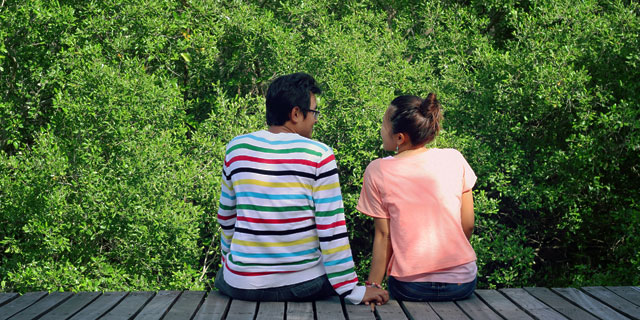 Most of the day-to-day financial decisions are generally made by women. This includes shopping for the family, paying household bills and saving for short-term goals. But when it comes to long-term financial planning, a new global study by the Swiss multinational bank, UBS, shows that women are still largely dependent on their spouses.

What did the study find?

The worldwide study included nearly 3,700 high net worth married, widowed and divorced women in 9 countries. In the majority of cases, these women had over $1 million in investable assets.

The study found that despite being acutely aware of their long-term financial needs, 58% of these women deferred to their partners to make all long-term financial decisions. This included retirement planning (76%), long-term care (72%), and insurance (68%). Women know what they need long-term, but according to the study are not actively planning for it. Only a minority of the women surveyed (23%) said they took a lead in managing their own long-term finances.

The study also revealed that nine out of ten women claim to have increased confidence and less stress when they participate equally in financial decisions with their spouse or partner. But despite this, they decided to leave those decisions to their significant other.

Younger women were even more likely to defer financial decisions to their spouse. 55% of women aged 20-34 let their spouses take the lead, compared to women over 50 who deferred to their partner 55% of the time.

With women typically living longer than men, and when factoring in current divorce rates, many women are likely to find themselves solely responsible for their financial well-being later in life, and at a time when they are dealing with their own declining health. It’s also concerning that the rate of women leaving major financial decisions to their partner is actually on the increase with younger women.

A decrease in workplace pensions in Canada, and an overall decline in the saving rate, means that this next generation of women could find themselves in a tenuous financial situation. Not only could they not have sufficient funds to support their retirement, but they may also lack the financial experience to manage the money they do have.

What needs to happen?

Women need to take a greater interest in their long-term financial health. Even if their spouse has the best of intentions, they may not be saving enough for their partner’s long term financial needs.

Younger women need more encouragement to be involved with not only the day-to-day financial decisions, but also when planning for the future. Partners play a role here too. If you’re married to someone who is not interested in participating in long term financial planning, encourage them to do more.

The UBS study shows women have the confidence, but for some reason continue to take a passive role in their own long-term financial planning. A stronger participation, says the UBS study, will help protect women from negative financial surprises after a divorce or death of their spouse.

Rubina is a journalist and personal finance expert and appears regularly on TV and radio across Canada including the CBC, Global News Toronto, and Global News Radio 640 Toronto.