Incentives for first-time home buyers in the 2019 federal budget 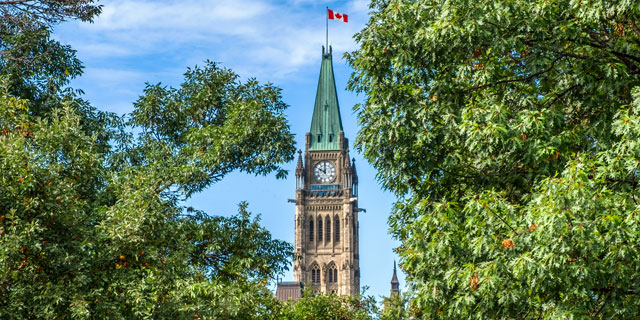 With just a few months to go before the next federal election, the 2019 budget is the government’s last opportunity to table new programs and incentives before Canadians go to the polls. Finance Minister Bill Morneau used the budget to announce a host of updates the government hopes will be popular with voters. These include a change to employee stock options, additional new Canada training credits to help individuals upgrade their skills, and several enhancements to the Canada Pension Plan.

However, much of the early talk so far has been centred on two changes which specifically address the high cost to purchase a new home. These two items are clearly in response to the increasing frustration younger buyers are feeling, as they struggle to deal with property costs in Canada’s larger cities. While prices in Toronto and Vancouver may have eased slightly following earlier attempts by the government to slow rising prices in the Canadian housing market, the prevailing attitude is that young buyers today still face a much greater challenge than their parents when it comes to buying their first home.

To address these concerns, the first of these budget items consists of a change to the existing Home Buyer’s Plan (HBP) that will increase the amount first-time buyers can borrow from their RSP. The second item is the creation of an entirely new incentive program that the government claims will make home ownership more affordable.

Introduced in 1992, the HBP allows qualifying first-time buyers to borrow up to $25,000 from their RSP to put towards the down payment on the purchase of a new home. This program has been very popular, due largely to the fact that the money can be borrowed tax-free.

However, it must be noted that the money must be repaid to the RSP within 15 years. You’re permitted to repay the money sooner, but at a minimum, you must pay at least one-fifteenth of the outstanding amount each year, starting within two years after the funds were initially withdrawn. If you fail to pay the minimum each year, you must include that amount as additional income on the current year’s tax return.

Once the budget is passed into law, the existing HBP will be enhanced to allow individual first-time buyers to borrow an additional $10,000, up to a maximum of $35,000. Again, this money must be returned to your RSP within 15 years. But for those with sizeable RSP accounts to draw from, being able to significantly increase the down payment will reduce the overall mortgage amount, making monthly carrying costs more manageable.

The other big housing-related measure in the 2019 budget is the proposal to create the First-Time Home Buyer Incentive. Scheduled for implementation this coming September, the program will provide eligible first-time home buyers with the option to finance a portion of their mortgage with the Canadian Mortgage and Housing Corporation (CMHC).

The CMHC is a Crown corporation, and is Canada’s largest provider of mortgage insurance for buyers who have a down payment of less than 20%. In exchange for lending the funds, and to provide security to backstop the loan, the CMHC will receive a partial equity ownership in the property.

The intention with this approach is to reduce the overall mortgage amount for first-time buyers. In turn, this could result in lower monthly mortgage payments, which in theory at least, should make it possible for more people to afford a home.

With this new program, the CMHC will have an even bigger role in the Canadian housing market. And while we don’t have all the specific details just yet, the plan will essentially function as an interest-free loan for as long as the buyer owns the home.

Here’s what we do know about the proposed program:

In order to qualify, total household income is capped at $120,000. Buyers earning more than a combined $120,000 won’t be eligible for the program.

First-time buyers purchasing a newly-constructed home can borrow up to 10% of the home price.

First-time buyers purchasing an existing home can only borrow up to 5%.

The amount of the insured mortgage, including the CMHC loan, cannot exceed $480,000.

Buyers must have at least 5% of their own money for the down payment, as this is the minimum down payment requirement to qualify for an insured mortgage with CMHC.

The loan may be repaid at any time, but any outstanding amount must be fully repaid when the property is sold.

One big question, that’s not entirely clear from the budget discussion, is what happens should the property value decline over time? If the property is worth less when the owner decides to sell, will the CMHC receive a reduced payment amount that reflects the overall loss in value? Or will the home owner still be responsible for the full amount of the original loan?

There’s also some concern that the increased Home Buyer’s Plan, together with the new First-Time Home Buyer Incentive, could see a surge in demand which could further elevate property prices. The Finance Minister was quick to dispel these fears, suggesting that the supply of new homes will increase as a result of these measures, and this will help keep prices in check.

We’ll know more details for the new program in the coming weeks, as the government works towards an official roll out later this fall. Determining how effective these two measures will be in helping more first-time buyers enter the Canadian housing market, on the other hand, will take longer to determine.