How the Bank of Canada manages interest rates 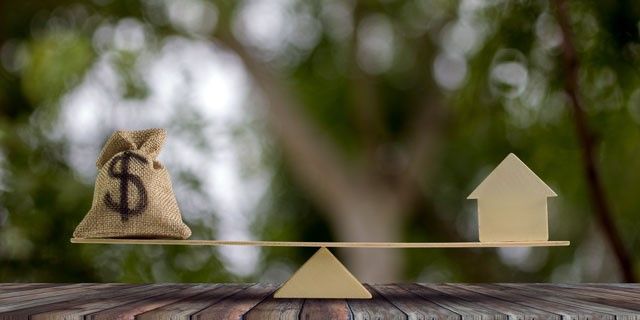 Bank of Canada interest rate announcements always attract significant media and public attention. That’s because interest rates have an impact on all Canadians. If you’re a saver, the prevailing interest rate affects how much your savings earn. If you’re planning to borrow to finance a large purchase, such as a new home or vehicle, the current interest rate determines how much it will cost you to borrow.

Key to this objective is holding inflation to a level that ensures continued and sustainable growth, while still protecting consumers from the harmful impact of rapidly rising prices. Over the years, the Bank of Canada has adopted an annual inflation target of about 2 percent as being the ideal balance of growth and acceptable inflation.

In order to influence interest rates at the nation’s financial institutions, the principal means available to the Bank of Canada is through its ability to set the target for the overnight lending rate. Typically referred to simply as the “overnight” rate, this is the interest rate that the largest banks pay to borrow money on a single-day basis.

At the end of each day, all commercial banks in Canada must settle their accounts. In order to close these outstanding transactions, financial institutions borrow and lend money amongst themselves to balance their accounts. The Bank of Canada manages this process, and as noted earlier, sets the interest rate for these overnight loans.

By raising or lowering the overnight lending rate, the Bank of Canada can directly impact the prime rate. This is the interest rate that each bank charges their most creditworthy (i.e. “prime”) customers. It’s also used as the basis for the rate that individual banks charge customers for other loans, such as mortgages and personal loans. By manipulating the overnight lending rate, the Bank of Canada exerts control over the interest rates posted by commercial financial institutions, and this gives the Bank of Canada the ability to manage the larger economy.

For example, when the economy is slowing, the Bank of Canada can respond by lowering the overnight lending rate. This makes it less expensive for the country’s financial institutions to borrow the money they need to balance their accounts at the end of each day.

In turn, they can lower interest rates offered to their retail and commercial customers. By making lending more affordable, consumers and businesses will be more likely to borrow and increase their spending, which, it is hoped, will help boost the economy.

The opposite is the case when inflation is creeping into the economy. In response, the Bank of Canada may opt to tighten its monetary policing by increasing the overnight rate. This makes it more costly for the country’s major banks to access funds through the Bank of Canada’s overnight facility when settling their accounts.

Like any business, an increase in operating costs will find its way down to the consumer. In order to compensate for the higher cost to access these overnight funds, financial institutions will increase the cost for borrowers by raising their lending rates. If the increase is significant enough, it will reduce the demand for new consumer loans, which should eventually lead to a decrease in spending and an easing in the rate of inflation.

It’s also important to note that financial institutions don’t necessarily change their posted interest rates in lock-step with the Bank of Canada. While the need to compete with other financial institutions generally ensures that rates from one bank to another are very similar, there are times when rates do vary. If you plan to take out a loan, or have funds you wish to put into a GIC or other savings account, always do your research to ensure you find the best deal.

We’ve tried to make it a little easier for you by providing a frequently updated list of our primary competitors and the interest rates they are offering for their various GICs and savings accounts. There are also other online services, including RateHub and RateSupermarket, that provide rate comparisons to help in your review.

One further thing to consider is that even just the suggestion that the Bank of Canada is considering an interest rate change can be enough to influence the economy. For example, if the Governor or other senior member of the Bank of Canada notes in a public speech or an address that the Bank is concerned about the current rate of inflation, this sends a very strong signal that a hike in interest rates could be on the way. This may cause the business community and consumers alike to rethink their future spending and investment plans in the face of an expected increase in borrowing costs.