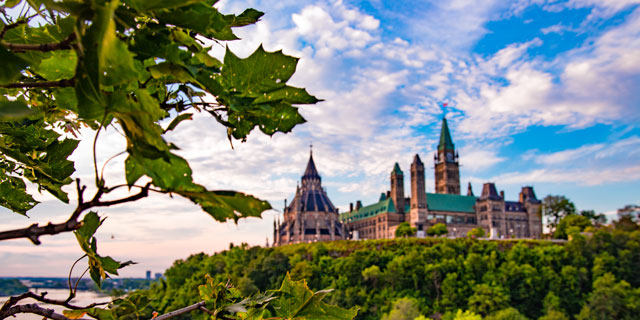 Recent employment and economic progress reports suggest that the strong growth recorded by the Canadian economy during much of 2018 could be slowing. With the Bank of Canada poised to release its next interest rate decision later in the week, these details will likely enter into the Bank’s thinking when it announces its interest update on Wednesday.

Speaking before an audience in Iqaluit, Nunavut in early April, Bank of Canada Governor Stephen Poloz noted a cooling of the housing market in many parts of the country. The Governor also pointed out the growing uncertainty of the ongoing global trade confrontations as another concern for the economy. And while he did note some positives in the data, there is obvious concern for the short term.

“Clearly, there are challenges in the Canadian and global economies that we need to manage,” said Governor Poloz in his address to the Baffin Regional Chamber of Commerce and the Nunavut Mining Symposium, “but there are clear signs that Canada is adjusting to the challenges. After taking into account the economy’s structural adjustment to lower oil prices that is still going on, we can see many areas of encouraging economic growth.”

The Governor’s comments reflect those issued earlier by the Bank following a Statistics Canada report in early March. The StatsCan study indicated that growth in the economy for the last three months of 2018 was unexpectedly weak. Using real Gross Domestic Product (GDP) as a measure of growth, the report documented that growth in the fourth quarter managed an annualized rate of just 0.1%.

“Given the mixed picture that the data presents, it will take time to gauge the persistence of below-potential growth and the implications for the inflation outlook,” the Bank of Canada statement noted in response to the Statistics Canada growth report. “With increased uncertainty about the timing of future rate increases, governing council will be watching closely developments in household spending, oil markets, and global trade policy.”

Further evidence of a slowdown came in the form of the latest employment figures, released by Statistics Canada on April 5. The findings show that for the first time in seven months, Canada recorded a month-over-month decline, with 7,200 mostly full-time jobs lost in March.

This decline was in stark contrast to an expected gain of 6,000 jobs, and while the losses were not sufficient enough to alter the current jobless rate of 5.8%, it does send a worrying signal. It’s also significant to note that 17,300 jobs were lost in the private sector, and these losses were only partially offset by an increase in public sector jobs.

This less optimistic outlook was also affirmed in the Bank of Canada’s business sentiment survey, that measures the confidence of Canada’s corporate executives. Released Monday, April 15, survey results for the first quarter suggest that Canadian business leaders are decidedly less positive than they were in the previous quarter.

“The Business Outlook Survey indicator decreased from a strongly positive level in the winter survey, and is now slightly negative, suggesting a softening in business sentiment,” the report stated in its Overview.

“The main headwinds are a more uncertain outlook in the Western Canadian energy sector, continued weakness in housing-related activity in some regions, and tangible impacts from global trade tensions.”

The International Monetary Fund (IMF) also provided an increasingly pessimistic outlook for 2019. In its updated World Economic Outlook report published earlier this month, the IMF downgraded its GDP growth projections for several countries. Canada was not spared a demotion, as the IMF cut its previous expectation of 1.9%growth in 2019, to just 1.5% for the current year.

Outlining similar concerns as those noted earlier this month by Governor Poloz, the IMF specifically pointed to the continuing uncertainty from growing international trade tensions. As noted in the IMF’s report, the US-Mexico-Canada (USMCA) trade agreement signed in November 2019, and intended to replace the current North American Free Trade Agreement (NAFTA), is a “step in the right direction”. However, the IMF report also pointed out that there is no guarantee that the new agreement will be ratified by the US Congress before NAFTA is scheduled to expire.

Andres Rozental, who formerly served as Mexico’s deputy foreign minister for North America, was very critical in his assessment for the chances of a quick passage into US law, saying that the agreement was “in trouble”. Rozental did go on to say that while he believed the deal would eventually be approved, growing opposition from the resurgent Democrats and organized labour—who continue to be opposed to major sections of the deal—could drag the process on for months.

“A further escalation of trade tensions and associated increases in policy uncertainty could further weaken growth,” the IMF report noted. “The potential remains for sharp deterioration in market sentiment.”

The Bank of Canada will announce its interest rate decision for its benchmark overnight lending rate on April 24, 2019.